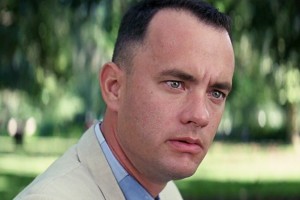 In Winston Groom’s “Forrest Gump” a young man with a significant intellectual impairment manages to accomplish great things through a combination of luck, determination, and insistent loyalty to his friends and family. Was he disabled as that term is defined under the ADA? An April 11 decision from the Easter District of Pennsylvania reminds us how complex a disability determination can be. It also highlights a persistent question with intellectual and other mental impairments: If hard work and character allow someone to overcome their limitations, is that person really disabled? Bibber v. National Board of Osteopathic Medical Examiner, Inc., 2016 WL 1404157 (E.D. Penn. April 11, 2016).

Bernadette Bibber is undoubtedly disabled because she was born deaf. She also suffers from dyslexia and has trouble reading; in fact, she claimed to be able to read only very slowly and with considerable effort. As a result by the time she was scheduled to take an exam sponsored by the National Board of Osteopathic Medical Examiner she had a lifetime of accommodations in test taking behind her. The results were mixed, and many showed reading skills in the bottom tenth of the population. Despite this the Board refused to grant her requested accommodation of additional time to take the test. After several attempts to obtain an accommodation she sued under the ADA seeking an injunction to require the Board to give her additional time.

The Court denied the requested injunction because it found Bibber was not disabled with respect to her ability to read.* The opinion is lengthy because the Court details the evidence, including the differing opinions of a number of medical experts. Out of the all the evidence, however, the Court found two of Bibber’s past tests to be most persuasive. She had previously taken both the MCAT and GRE without any accommodation and scored near average or above on the portions of the test that were most reading intensive. The Court reasoned that a determination of disability is based on a comparison to the general population, and that if Bibber could make average scores on tests generally given to a more elite part of the population her reading skills were no worse than average and she was therefore not disabled.

To reach this conclusion the Court felt obliged to distinguish an earlier case decided by Supreme Court Justice Sotomayor when she was a District Judge. Bartlett v. New York State Bd. Of Law Examiners had a lengthy history by the time of then Judge Sotomayor’s 2001 opinion (2001 WL 930792 ) . Her original opinion had been to the 2nd Circuit and Supreme Court before it was returned to her with instructions to make new findings based on slightly different legal standards. The facts were in some ways similar to those in Bibber. Bartlett was a slow reader, but had managed average scores on the LSAT, GRE and SAT and had succeeded in obtaining a PhD before going to law school. She graduated near the bottom of her class in law school, but did graduate. Judge Sotomayor nonetheless found that Bartlett was disabled because her success was based on coping skills unrelated to reading (such has using study groups) or was based on her willingness to simply work harder at reading, with a cost to her of fatigue and a lack of enjoyment. Central to Judge Sotomayor’s decision was her belief that disability was not measured by outcomes; that is, success in a particular skill, but by a comparison of her skills to those of the general population that disregarded the her willingness to accommodate her lack of skill through hard work.

The Bibber opinion distinguishes Bartlett on the basis that Bibber had done better academically than Bartlett, testified that she enjoyed reading despite reading slowly, and, most important, did not provide evidence about the nature of her reading deficiency beyond its existence. The most pointed difference in the opinions is, however, the attitude of the two judges toward the plaintiff’s hard work. In Bibber the Court found the work commendable, but did not regard the fact that Bibber had to work hard as evidence of her disability. In Bartlett, on the other hand, the Court found that the ability of the plaintiff to overcome her reading difficulties through hard work and concentration did not change the fact that she was disabled.

At the risk of disagreeing with a sitting Supreme Court justice, it appears that Bibber has taken the better approach to determining disability, at least for those with mental impairments. Without a substantial limitation to a major life activity a person is not disabled under the law. While the ADA excludes consideration of “learned behavioral or adaptive neurological modifications” when examining this limitation, mere hard work or concentration does not seem to fit this exclusion. Many if not most mental impairments involve a range of difficulties in performance, and it should not take expert testimony from a half a dozen experts (as it did in Bartlett) to determine whether someone is in fact disabled. A person suffering from depression may find it hard to go to work in the morning. If that person can nonetheless get to work and do his or her job has depression substantially limited the major life activity of working? Just how hard to get up and go to work does it have to be before the depression is disabling?  Actual accomplishments provide an objective measure of whether a particular mental condition is limiting, without requiring a subjective inquiry into how the individual feels after accomplishing the task. “I can do it, but it’s really hard” should not be the standard for a disability determination.

*It is worth noting that because reading was the only skill at issue her deafness, while undoubtedly a disability, was not relevant.

« Obesity as disability – the Eighth Circuit weighs in. » DOJ rolls out new website to provide no help whatever to businesses concerned with internet access