Time for a do-over – the 9th Circuit gets indemnity and contribution right. 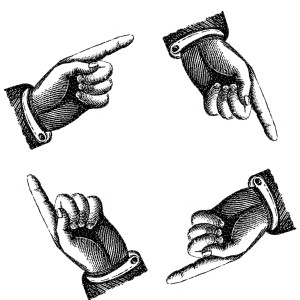 The Ninth Circuit’s April 24 decision in City of Los Angeles v. AECOM Services, Inc., 2017 WL 1431084 (9th Cir. Apr. 24, 2017), amended sub nom. City of Los Angeles by and through Dept. of Airports v. AECOM Services, Inc., 2017 WL 1844077 (9th Cir. May 9, 2017) represents a giant step in the direction of common sense with respect to indemnity and contribution under the ADA and, by extension, the FHA. The Court held that the party who is most responsible for an ADA violation should bear the cost of remediation. It doesn’t sound like a surprising result, but it runs counter to the prevailing law.

We wrote about indemnity and contribution a few years ago (How courts have missed the point on ADA and FHA indemnity issues and What were they thinking? Indemnity and accessibility under the ADA and FHA), but a little review will help set the stage for last month’s ruling. Under the ADA and FHA more than one party may have liability for failure to design and build an accessible facility. This includes the architect, contractor and owner, but may include others as well. In this kind of situation courts have, for hundreds of years, found ways to allocate responsibility among the parties. Indemnity allows a party who is liable to transfer all responsibility to another party. Contribution divvies up the responsibility, usually according to relative fault. When one party settles there is also a principle of offset that allows the non-settling parties to get credit for what the settling parties paid. There are plenty of complexities in the application of these principles, but the basic idea is the same: responsibility should be shared among those at fault.

When it comes to the FHA and ADA courts face a couple of questions about these principles. First, where does a right to indemnity or contribution come from? These rights were originally created by common law but more recently can be found in various state statutes or even in private contracts. Do the ADA and FHA create claims for indemnity or contribution? If not the the court look elsewhere for authority to use them.

Elsewhere means state laws, which include common law, statutory and contractual rights of contribution and indemnity. With these laws providing for shared responsibility the courts must ask a second question – do the ADA and FHA permit or forbid the application of state law and contract law to ADA and FHA claims. Sometimes a federal statute can live with an overlapping state law, but in some cases it will preempt the state law claim.

Confronted with multiple liable parties, each claiming that one or more of the others should bear all or most of the rsponsibility, Federal Courts have, until now, tended to say that no one party can seek indemnity or contribution from the others, regardless of their relative levels of wrongdoing. They find that the federal statutes themselves do not include indemnity and contribution rights and that any state law rights are preempted by federal law. The argument is that the ADA and FHA, like all civil rights statutes, create a ” non-delegable” duty. Anything allowing a responsible party to escape that duty would, the courts say, frustrate the purpose of the statutes.

This is nonsense, a fact the Ninth Circuit has now recognized. In AECOM Services the Court agreed that when it comes to building physical structures a city cannot exercise its duty without hiring someone else. The duty to comply with the law may not be delegable, but by necessity the work of compliance must be delegated, and so there is no reason for a city to bear the entire cost of a failure for which the chief culprit is a contractor. Moreover, rather than undermining the purposes of the disability statutes spreading the liability increases the likelihood of compliance. Here are the words of the Court:

Allowing the City to seek redress for liability incurred by virtue of a third-party contractor’s actions does not plausibly pose an obstacle to the intended purpose and effect of Title II or § 504. Rather, finding such claims precluded would itself hamper the statutes’ regulatory purpose. The most a public entity may be able to do in furtherance of its duties under the respective acts may, in many situations, be to expressly contract for compliance (contractual provisions for which it will potentially have to pay a premium to the contractor). From there, the entity best situated to ensure full compliance may well be the contractor tasked with designing or constructing the public resource in question, and precluding contract clauses for contribution reduces a contractor’s incentives to do so.

This argument applies with equal force to Title III and FHA cases, for the developer of a shopping center or apartment complex cannot fulfill its duty to create accessible structures except through contractors, and forcing those contractors to pay for their mistakes gives them a greater incentive to do it right.

The only surprising thing about AECOM is that it has so long for a Court to understand the common sense behind centuries of common law development. The best way to achieve any social goal is to make sure that everyone responsible has to pay for their mistakes. Indemnity and contribution do that, so applying them to the FHA and ADA only increases the odds that new and old buildings will be accessible. AECOM is a big step backwards from existing case law. In this case, backwards is the way we need to go.

« Maybe a CO does mean something – rediscovering a safe harbor under the FHA. » Good News – the defense lost in an FHA pet deposit case.