Animal Accommodations under the FHA – Get it right the first time. 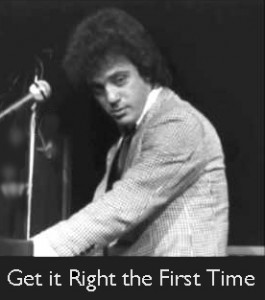 A decision from the Western District of Texas should remind landlords that the world of FHA litigation is unforgiving and expensive, so the best thing is to get it right the first time. Reading it has prompted us to re-offer our webinar on dealing with accommodation requests involving animals later this month and next. Details appear at the end of this blog.

Chavez v Aber, 122 F.Supp.3d 581 (W.D. Tex. 2015) involved a child with a mixed breed pit-bull as an emotional support animal. There was no question about the child’s psychiatric disability or the fact that the child’s doctor recommended the dog for therapeutic purposes, so the only legal question was whether to dog had to be accommodated despite a “no pets” policy and the fact that pit-bulls are regarded as a dangerous breed. That did not mean the case was simple. As the court pointed out more than once, cases involving accommodation depend very much on the facts.

The tenant made the first and very common mistake. She took the dog without first asking for an accommodation, meaning that the tenant was in violation of the lease for four months before the issue came up. The decision doesn’t say how the landlord first learned about the animal, but it was probably a complaint from a neighbor. That is how these things often start. In any case, the tenant’s mistake didn’t matter because once an accommodation is requested, past lease violations don’t justify action.

When the landlord asked the tenant to remove the dog things went downhill pretty rapidly. The tenant orally told the landlord about the disability related need for the dog and the landlord seems to have refused the accommodation on the spot. A few weeks later the landlord served a notice to vacate and threatened to have the local animal control agency remove the dog. As a kind of explanation the landlord included an article about a pit bull attack. This conduct violated our first rule for landlords – don’t take action against a tenant until you are sure you are right. Dealing with accommodation requests involving animals is tricky, and you never say no the first time.

This time the tenant did everything right. She produced letters from letters from the child’s doctors and the local fair housing agency. The landlord, having made up his mind, denied the request again and filed an eviction proceeding, apparently because of fears about the breed of dog. This violated our second rule for landlords – don’t file eviction proceedings until an accommodation request is fully resolved. Eviction proceedings are always viewed as retaliatory when an accommodation request is pending, and eviction over an animal that has not yet misbehaved just looks bad.

The tenant then hired a lawyer and produced a letter from a local vet saying the dog was not aggressive. This did not sway the landlord at all, but for the first time he offered some alternative solutions, including making sure the dog did not run loose in the yard. The tenant, after obtaining even more confirmation that the dog was not aggressive, filed a fair housing complaint. There was considerable back and forth after the complaint was filed, but at that point it is fair to say the landlord was doomed. The tenant filed suit and the court denied a motion to dismiss. Within a few months the parties settled. This was almost inevitable as the landlord confronted an uphill battle because of his own conduct and legal fees to defend the case that were likely to exceed the cost of settlement.

There were undoubtedly all kinds of extra-legal considerations at play in this case. The amount of rent suggests a low income tenant, and landlords who customarily deal with low income tenants are often more aggressive than those with high end properties. Ethnicity may have played a role as well, and the bad reputation of pit bull related breeds was certainly at play. Those things don’t matter in a fair housing context, and that’s why our third rule for landlords is that when it comes to fair housing accommodation request is everything you know about dealing with tenants is wrong.

The takeaway for landlords is simple. Be thoughtful and careful in dealing with animal accommodation requests. If you want to know more about just what that means in terms of procedures and rules, then register for our free webinar “Get it Right the First Time – dealing with animal accommodation requests.” It will be presented live at noon central time on September 6, 2017, and will be available in recorded form a few days later. All you have to do to register is click this link: 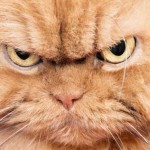 Get it right the first time or face my wrath!

« ADA and the Internet Update – DOJ sends its regulations to Hanger 51 » Shoot the messenger! Agent liability under the Fair Housing Act