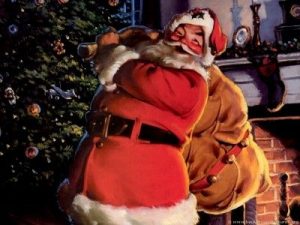 Velez v. Il Fornanio (America) Corporation, 2018 WL 6446169, at *1 (S.D. Cal. Dec. 10, 2018) provides a perfect case study in the problems that arise when mental impairments give rise to physical impairments and both give rise to an ADA claim. The opinion isn’t long, but it deserves a careful look since obesity is on the rise and may represent the next frontier in disability rights litigation.

The plaintiff in Velez sued after visiting three restaurants that he alleged had barriers to access for those with mobility disabilities. These were the standard things that wheelchair bound plaintiffs file suit over; service counters, bars, seating and restrooms. The service counters and bar were allegedly too high, restrooms did not have appropriate signage, sink pipes were not wrapped, the flush control on the toilet was on the wrong side, a coat hook was too high and accessible tables were not dispersed throughout the seating area.*

The Defendants argued that the case should be dismissed because the plaintiff had not sufficiently alleged that his problem – obesity – was a disability covered by the ADA. Obesity has been a difficult disability for courts and regulators because it can be the result of nothing more than a personal choice and because it is hard to define just how much excess weight is required before obesity can be considered an impairment of any kind. The personal choice issue is one on which the ADA has never been perfectly consistent. Drug and alcohol addiction are specifically excluded from the definition of disability unless the addict is in recovery, presumably because use of drugs and alcohol is a personal choice even though substance abuse disorder is a recognized psychological disorder. At the same time, disabilities that are linked to voluntary behaviors like smoking are covered by the ADA. In determining whether a person with lung cancer is disabled courts never ask whether the individual smoked.

In this case the court looked at the history of decisions concerning obesity and both current and obsolete regulations to decide between two possible standards. It rejected a standard in the Eighth Circuit that found obesity, even “morbid obesity,” is not an impairment unless it results from a physiological disorder or condition. See, Morriss v. BNSF Ry. Co, 817 F.3d 1104 (8th Cir. 2016).** The Eighth Circuit decision does not discuss the question of voluntary behavior, but consideration of choice certainly lies behind the decision, which rests on EEOC guidance about what constitutes a physical impairment for ADA purposes. If the person claiming an impairment created his or her own problem then it is not an “impairment” and therefore cannot be a disability.

In Velez the court chose a more liberal standard that reflects the most recent EEOC definition; that is, obesity can be an impairment if it is “outside the normal range” or results from a physiological disorder. At some point just being obese is an impairment regardless of cause. In the Velez case the plaintiff alleged that he was morbidly obese – a phrase that generally means “outside the normal range” and that that his obesity was a result of a binge eating disorder he said constituted a physiological disorder.  The court found that this combination of allegations was sufficient to allege an impairment under the ADA, at least at the pleading stage of the case when all allegations are presumed true. It left open the possibility that evidence might later establish the allegations were not true.

The Velez decision does not address just how obese one must be to be “outside the normal range” or whether a psychological disorder like binge eating disorder is a “physiological disorder” because, at the pleading stage, the exact extent of the obesity was premature and choosing the “either/or” standard eliminated the need for any allegation of a physiological disorder. In Morriss the Eighth Circuit adopted the EEOC’s guideline that to be obese in a way that constituted an impairment the disabled person’s weight had to be twice the normal weight for a person of similar age and height. Velez mentions this standard, but doesn’t decide one way or the other whether it applies.

Even after concluding the plaintiff had adequately alleged a disability the court dismissed the Velez case because it found there was no allegation of discrimination under the ADA that would give rise to standing. The plaintiff alleged many possible ADA barriers to access but did not explain why any of them were barriers to him. Counter heights, wrapped pipes under a sink, coat hook heights and the location of accessible tables are impediments to individuals who use a wheelchair, but not to someone who can stand. Lack of proper signage is an impediment to the blind, but not to someone who can see. While many ADA decisions casually discuss “mobility impairments” as a class of impairment that has a corresponding set of possible barriers to access this case is a reminder that it is the particular impairment, not the class of impairment, that matters.  The ADA construction standards are generally directed at those confined to wheelchairs and those who are blind. For other impairments, whether or not they are characterized as “mobility impairments” or “vision impairments” the ADA construction standards may be completely irrelevant.

Which brings us back to a persistent question that no court has satisfactorily answered. Why, when it comes to ADA standing and the definition of harm under the ADA, do courts classify individuals according to the type of disability from which they suffer instead of the extent of their own disability? Putting individuals in classes based on type of disability would seem to be exactly the kind of stereotyping the ADA is supposed to prevent and is inconsistent with the Supreme Court’s holding that whether a person has a qualifying disability under the ADA is an individualized inquiry. (Sutton v. United Air Lines, Inc., 527 U.S. 471, 483, 119 S.Ct. 2139, 144 L.Ed.2d 450 (1999)). Despite the individualized inquiry about whether a person is disabled the courts seem content to lump all wheelchair users together for purposes of ADA standing and injury.  This is convenient for plaintiffs who don’t want any close inquiry into whether they have in fact suffered an injury and convenient for courts who don’t want to take the time and effort to treat plaintiffs as individuals rather than as generic members of a disabled class, but it is completely inconsistent with both the purpose of the ADA and the Constitutional requirement of standing.

NOTE: Those interested in obesity as an ADA issue will want to check out our earlier blogs: “Obesity under the ADA – the plus size shopping experience,”and “Obesity and disability – demographics will drive litigation,”

* This information is not in the reported opinion – it was obtained by reviewing the Complaint.

** We discussed this decision in more detail in our blog “Obesity as a disability – the Eighth Circuit weighs in.“