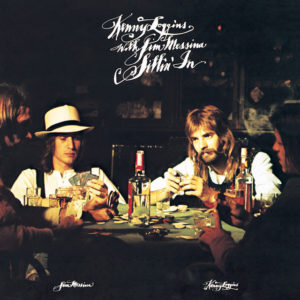 I had forgotten that this classic song was from Loggins & Messina until I looked it up after getting an old demand letter packaged by a new firm. I have blogged before about Legal Justice Advocates, a front for a group of attorneys who sent hundreds of demand letters making unsustainable claims about website accessibility under the Fair Housing Act.¹ Their business was taken over by the Portell Law Group² when the original members of LJA dropped out of sight and one of them, Ilya Torchinsky, lost his license to practice. Now another member of the group, Jerome Ramsaran, has incorporated a new supposed disability rights group, Pursuit of Respect, Inc., which is pursuing the old business of making demands on website owners in different real estate related businesses. I know this because I was recently provided a demand letter sent by a lawyer in Chicago who also practices in Florida, the original home of Legal Justice Advocates. J. Kevin Benjamin is the lawyer sending demands on behalf of Pursuit of Respect, Inc. Unlike the claims from Legal Justice Advocates and the Portell Law Group Benjamin’s claims include ADA allegations, and unlike the LJA and Portell Claims the letters from Benjamin give the recipient fourteen days to correct the supposed website violations before there is a threat of a money demand. Of course the demands do not include any details about the supposed problems, and fourteen days is an impossible period for website remediation under the best circumstances. I expect the soft touch is intended to get an equally soft response that lets Benjamin solicit some kind of payment, and once the fourteen days are up there will probably be a stronger money demand.

Besides the Ramsaran connection the Benjamin demands share with the LJA and Portell demands a lack of any evidence that there will ever be a federal court filing. According to federal court records Pursuit of Respect, Inc. has never been the plaintiff in a lawsuit and Benjamin’s litigation history appears to be entirely in the field of bankruptcy and tax avoidance; in fact, his website only mentions his bankruptcy and foreclosure practice and offers to help his clients become “debt free and credit rich.” According to the Pursuit of Respect website its membership does not include anyone from Illinois, meaning it would be hard to establish standing for websites related only to local Illinois real estate businesses.³

The last time I mentioned Mr. Ramsaran in a blog he threatened to have his lawyer sue me. It never happened, probably because Ramsaran really doesn’t want the kind of scrutiny that comes from legal proceedings. I don’t know anything about Benjamin beyond what appears above, and he does at least have a client that has been incorporated in Florida and whose officers seem to be real people, but it seems unlikely the claims made in his demands are any more legitimate than those made by Legal Justice Advocates and the Portell Law Group.

¹ See, Legal Justice Advocates – a New Kids on the Block Update and the blogs linked to it.

² See, ADA and FHA Quick Hits – is it safe to come out yet edition.

³ It appears some of the “members” are fictitious. “Davina” is supposedly a “girl who is interested in psychology” but the accompanying picture is clearly of a man. “Miguel” is a real person and really a student, but his picture is from the Clark College website. Another website, advocacyforequality.org, has many of the same members, but this time “Sean” is the Director instead of “Cassandra.”  Advocacy for Equality, Inc. was created by Ramsaran a few months after Pursuit of Respect, Inc. and has the same officers and directors. I’m sure it will be showing up as the “client” in demand letters in the near future if it has not already. Both websites were clearly created in haste with little effort, which suggests that they are nothing but a front for the same old business. In the meantime the old legaljusticeadvocates.com website shows an “account suspended” notice.

« Because of Winn-Dixie: the Eleventh Circuit takes a conservative stand on website accessibility. » Hunt to Speak at the 3rd Annual Digital Accessibility Legal Summit