What’s bugging HUD – the latest HUD actions based on disability 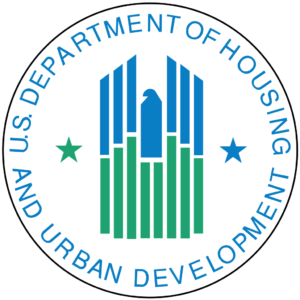 HUD’s press releases are interesting reading, not because they help you understand the law, but because they help you understand what HUD thinks the law is, and because they are often object lessons in mistakes no housing provider should make. This is a round up of press releases in the last four or five months, each of which has its own lesson to teach. I’ve also included a discussion of HUD’s guidance on animal accommodations at the end based on Bill Goren’s recent blog on the subject.

Conditions on an animal accommodation are o.k., but there are limits.

HUD has charged an HOA in Wyoming with discrimination because while a housing provider like an HOA can impose reasonable conditions on an accommodation, it cannot impose unreasonable conditions. See. https://www.hud.gov/press/press_releases_media_advisories/HUD_No_22_134 It’s worth taking a look at where this HOA went wrong, at least as HUD sees it, so others can avoid the same mistakes.

The first problem was the HOA’s evident hostility toward requests for accommodation for animals of all kinds. Instead of just asking homeowners who required an accommodation to request one, the HOA made a point of noting that it is a criminal violation of Wyoming law to misrepresent a service animal and specifically noting that other residents “do not like to see dogs” in the development. There is nothing wrong with a no-pets policy, but evident hostility towards those with disabilities is an FHA violation.

A second problem was inflexible demands for documentation in a specific form. Housing providers can request that a specific form be used for an accommodation request, but if the request comes in some other form it has to be evaluated in just the same way as a request on the right form. The specific requirements imposed by the HOA concerning the kind of information it needed were probably reasonable, but insisting that only a particular form be used to provide the information will never be acceptable to HUD.

Third, and probably most important, the HOA decided to retaliate against the complaining parties when they filed a complaint with HUD. As soon as the complaint was filed the HOA sent a letter to all residents criticizing the complaining parties for filing the complaint and suggesting that they lied about the status of their dogs. Nobody likes being on the receiving end of a HUD complaint, but the place to fight back is the investigation or litigation, not a public forum or some kind of public shaming. No matter how annoyed a housing provider is by a complaint that is or seems to be unjustified it will always be illegal to retaliate in any way. In fact, many complaints that originally had no merit at all turn into to very strong retaliation claims because of the response of the housing provider. It isn’t clear from the HUD charge of discrimination whether the HOA was represented by counsel, but an experienced FHA lawyer would certainly have advised them that they were going to have problems with HUD if they behaved as claimed in the charge of discrimination.

Being an awful person is likely to lead to a HUD charge or fine.

In early July HUD announced a $70,000 fine against a landlord who allegedly refused to rent to a family because their daughter had cerebral palsy and who had a history of posts on social media that expressed a prejudice against all children. https://www.hud.gov/press/press_releases_media_advisories/HUD_No_22_131 The landlord didn’t appear to defend himself, so we only have HUD’s side of the story, but the lesson is clear. It isn’t against the law to be an awful person and hate people because they are disabled, but it is against the law to act out your awfulness as a landlord or housing provider. Landlords and other housing providers make mistakes, often because HUD’s internal standards don’t make any sense at all or because they don’t understand the law. There is, however, a difference that should be obvious to most people between a mistake and outright intentional discrimination.

Along the same lines, HUD resolved a charge of discrimination against a condominium management company that refused to waive its two person per bedroom limit for a family that needed temporary housing while one of the children had a bone marrow transplant. This was a settlement and we don’t know the management company’s side of the story, but it cost them more than $35,000 plus whatever they spent on lawyers after the complaint was filed. Reasonable occupancy limits are not discriminatory, but when a disabled child requires an accommodation landlords and HOAs need to think carefully about the optics and cost of refusal. https://www.hud.gov/press/press_releases_media_advisories/HUD_No_22_109

Being awful plus a mistake? There’s a lesson here.

On July 1 HUD announced a conciliation agreement with a landlord that allegedly engaged in race and disability discrimination. https://www.hud.gov/press/press_releases_media_advisories/HUD_No_22_122. Once again we only know HUD’s side of the story, but the disability discrimination claim is based on a situation that comes up all the time. The disabled tenant asked for a reserved parking space, presumably to shorten the distance from their parking space to their front door. The landlord refused, probably because of a no reserved parking policy. Providing a reserved parking spot is one of those accommodations that HUD, DOJ and the       courts will almost always consider reasonable. There may be room to argue about whether the tenant is disabled or has a disability related need, but otherwise a refusal to provide reserved parking for the tenant is likely to trigger a finding of cause.¹

Service animal issues again, and the cost of being the bearer of bad tidings

HUD issued a charge of discrimination against a landlord and their leasing agent with disability discrimination because they refused to allow a blind woman’s guide dog due to a no pets policy. https://www.hud.gov/press/press_releases_media_advisories/HUD_No_22_087 This isn’t even a close call for a reasonable accommodation, but what apartment and HOA managers need to note is that the leasing agent was also charged even though it doesn’t appear she did anything but relay the owners’ position on the lease. I’ve blogged about this before² and the lesson is worth repeating. If you are a leasing agent or manager and your owner insists that you carryout their discriminatory orders your best bet is to quit because otherwise you may have personal liability.

I recently settled a small dispute with a landlord that wanted a tenant to pay for the curb ramp needed for them to access their apartment. The landlord messed up, but their lawyers knew that when an apartment complex is covered by the FHA design/build standards then modifications to make it meet those standards are at the landlord’s expense. This isn’t an uncommon problem it seems since HUD just resolved a similar dispute with property owners in Hawaii. https://www.hud.gov/press/press_releases_media_advisories/HUD_No_22_080 The rules are not complicated, but if you aren’t sure talk to a lawyer before you turn down an modification request. Here they are:

This last point applies even if the current owner is not liable for the original failure to build the apartments correctly. Another a good reason to require an accessibility survey before acquiring multi-family housing.

HUD believes in the interactive process – so should you.

HUD issued a charge of discrimination against a landlord and management company for refusing to even consider an accommodation for an “assistance animal” that would have violated a no pets policy. https://www.hud.gov/press/press_releases_media_advisories/HUD_No_22_078 What stands out in this case is that the owners did not even start the accommodation process. I have real doubts about whether most or any assistance animal (as opposed to service animal) claims are legitimate because there is essentially no scientific support for the notion that emotional support animals provided needed help to those with various mental health disabilities. I’ve also found that most of the individuals requesting an accommodation for an emotional support animal are probably not suffering from a mental disorder that constitutes a disability. Having said that, refusing to even look at an accommodation request is going to trigger a charge of discrimination in every case. Refusing to engage in the “interactive process” is not discrimination according to the courts, but HUD believes it is and it is a long and expensive road from dealing with a charge of discrimination before HUD and finding a federal court that applies the law as written.³

Just how much deference should the courts give HUD’s guidance on assistance animals.

Bill Goren just blogged on the technical issue of the degree of deference courts should give HUD’s guidance on assistance animals (4) which reminded me of a general misunderstanding of reasonable accommodation law that lies behind some of the cases above. Bill asks the specific question of whether HUD’s belief that breed restrictions are not a valid reason to deny an accommodation would be deferred to by the courts.  Breed restrictions get a lot of attention in the animal accommodation world, but the discussion usually misses the point. A breed restriction is just another rule that might have to be waived as a reasonable accommodation, and there is no such thing as a generic dangerous dog. Pit bulls may be more dangerous or aggressive than other breeds in general, but the only pit bull a landlord will be asked to accommodate is the specific pit bull belonging to a disabled resident. If it is a sweetheart then the characteristics of the breed don’t matter. I advise my clients to interview the dog as part of the accommodation process. If it barks and snaps at a stranger it might be dangerous regardless of its breed and if it is calm and placid the opposite is true. In addition, it is always possible to put conditions on an accommodation if necessary to make it reasonable. Just because a dog is allowed despite a no pets policy the landlord isn’t required to let it or the owner do anything they want. With rare exceptions you can require a dog to be on a short leash, only be in specific areas outside the apartment, not make noise or disturb the neighbors and so forth. Every accommodation request has to be determined based on the specific circumstances, including the nature of the disability, the behavior of the dog, the kinds of places the dog may need to go, or not need to go, in order to fulfill its function, and so on. When HUD says things like a landlord cannot impose breed restrictions or cannot charge a pet deposit HUD is making the same mistake landlords who impose hard and fast rules on accommodations make; that is, it is failing to recognize that the principle of reasonable accommodation is always based on balancing the tenant’s need against the landlord’s responsibilities and needs in an effort to find a compromise that works for everyone involved. Given the huge diversity of disabilities and disability related needs trying to impose hard and fast rules on accommodations is absurd. Bureaucrats and businesses both love rules, but this is a situation in which rules just cause problems.

¹ There is a difference between parking

³ I’ve blogged about recent cases holding that failure to engage in the interactive process is not itself actionable discrimination. FHA and ADA Odds and Ends

(4) See, Upon Further Review, the HUD Circular Just Might Survive Kisor as well as EPA v. West Virginia and be Given Judicial Deference I have blogged on this issue as well. See, Auer deference and the Fair Housing Act – does Kisor change anything?

« ADA regulations and the reality of website accessibility » A victory on tester standing – lawsuit by Rafael Segovia dismissed.