The starting point in a discussion of arbitration for civil rights statutes has to be Gilmer v. Interstate/Johnson Lane Corp., 500 U.S. 20, 111 S.Ct. 1647 (1991). In Gilmer the Supreme Court found that claims under the Age Discrimination in Employment Act could be made subject to a valid arbitration agreement, rejecting claims that it was somehow inconsistent with public policy. A few months later Congress passed the Civil Rights Act of 1991, in which, among other things, it affirmed that END_OF_DOCUMENT_TOKEN_TO_BE_REPLACED 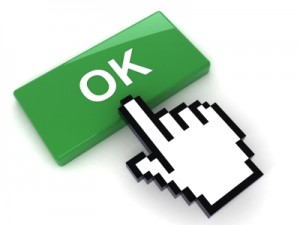 The case involved the Container Store’s loyalty program, which provides various perks and rewards. Customers could sign up when making a purchase at a store or online. In either case the process included clicking an “I Accept” button linked to the usual boilerplate terms and conditions, which included an agreement to arbitrate. The problem? Container Stores use a touchscreen Point of Sale device that is not accessible to the blind because it has no tactile controls. I blogged about the issue here, and the problem hasn’t gone away. The argument is straightforward. Blind customers cannot use the devices without giving  personal information about their credit card information and email address to the clerk, while sighted customers can preserve their privacy on these matters. END_OF_DOCUMENT_TOKEN_TO_BE_REPLACED