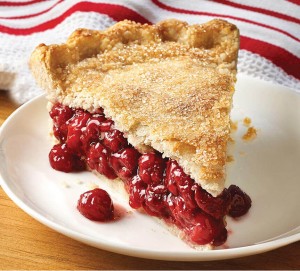 I have often discussed the benefits of mootness as a defense in Title III ADA cases. Simply fix the problem and the plaintiff’s right to sue evaporates. Unfortunately, not all problems can be easily or cheaply fixed, leaving the defendant in the unpleasant position of having to spend an absurd amount of money or make an irritating settlement that pays the plaintiff’s lawyer to give up the claim. When the cost to fix a problem is high, the “readily achievable” standard in the ADA comes into play and can help the defendant.

This is important because the “readily achievable” standard applies in most ADA lawsuits. The standard is found in 42 U.S.C. §12182(b)(2)(A)(iv), which defines illegal discrimination to include “the failure to remove architectural barriers . . . where such removal is readily achievable.” This section is the foundation of almost all ADA accessibility litigation because the other construction related requirement, found in §12183, applies only to the original owner and builder and not at all to buildings constructed before the ADA’s effective date. Commercial buildings like shopping centers open to the public turn over fairly rapidly, so most potential Title III targets fall under §12182(b)(2)(A)(iv), meaning remediation is required only if it is readily achievable. Applying the readily achievable standard is not, however, all that simple because different courts apply different rules.

The recent decision from the Eleventh Circuit, Kennedy v. Omegagas & Oil LLC, 2018 WL 4183462 (11th Cir. 2018) shows how the “readily achievable” standard can help a defendant. Kennedy was a rare case decided after a trial. By the time of trial the Defendant had remediated all the supposed ADA violations except the hard one, a lack of clear space in a bathroom. This kind of violation is hard to fix because plumbing lines are not easily moved – they generally run directly from the foundation into the wall. The plaintiff’s expert opined, based on past experience, that the cost of enlarging the restroom would be around $4000, an amount that probably met the readily achievable standard of able to be accomplished without much difficulty or expense. He did not, however, provide any evidence that this cost was based on anything more than his general experience because he had not attempted to determine where the plumbing was located or propose any specific plan for how to enlarge the restroom. The District Court found, and the Court of Appeals agreed, that the plaintiff had failed to meet its burden to present “sufficient evidence so that a defendant can evaluate the proposed solution to a barrier, the difficulty of accomplishing it, the cost implementation, and the economic operation of the facility.” The defendant, for its part, produced somewhat more considered evidence that the cost would exceed $80,000. The net result was a complete plaintiff loss, with most claims dismissed as moot and the restroom claim dismissed for failing to meet the burden of proof.

Although the defendant won, it did so mostly because the plaintiff didn’t invest the time and money needed to meet its burden of proof. That doesn’t mean this is one of those unique cases where the plaintiff made a mistake. Plaintiffs generally operate on a business model that demands a minimal investment of time and money, with the plaintiff’s lawyer bearing all the expenses. The cost of having an expert do a general accessibility survey for a small retail store is usually in the hundreds of dollars. If the plaintiff asks for a detailed analysis that includes plans for remediation and a detailed cost estimate and the cost goes up considerably. The trial court’s willingness to require a plaintiff’s to prove remediation is readily achievable can, for things like restrooms*, make a difference between victory and defeat.

Nonetheless, the law applied by the Court is not generally favorable to defendants. This goes back to a case cited in Kennedy, Colorado Cross Disability Coalition v. Hermanson Fam. Ltd. Partn. I, 264 F.3d 999, 1002 (10th Cir. 2001). In Hermanson the Tenth Circuit set out a rule for who must prove what when. It found that “readily achievable,” or rather, “not readily achievable,” was an affirmative defense that the defendant ultimately had to prove. That means that under a so called “burden shifting” analysis the defendant has the ultimate burden of proof.

When it comes to a defendant that appears and files a motion to dismiss the situation is equally unclear. As one court observed:

Courts have disagreed about the amount of detail that should be required in an ADA complaint with respect to whether the removal of allegedly illegal barriers on a defendant’s property is readily achievable.

After the initial disputes over the adequacy of the plaintiff’s pleading it seems clear the defendant must itself plead that the barrier removal is not readily achievable. Failure to do this means an automatic loss in the issue in some courts. See, Wilson v. Haria and Gogri Corp., 479 F. Supp. 2d 1127, 1133 (E.D. Cal. 2007). Other courts are more generous, allowing the “not readily achievable” argument to be raised in papers other than the original answer, such as a response to a motion for summary judgment. See, Young v. Kali Hosp., LTD., 2010 WL 3037017, at *8 (S.D. Ohio Aug. 2, 2010). For a defendant there is no reason to take a chance if the complaint includes barriers that are expensive or difficult to remove – pleading the readily achievable standard should be easy.

Finally, at both trial and summary judgment the final “burden shifting” rule applies. The plaintiff must put on “sufficient evidence so that a defendant can evaluate the proposed solution to a barrier, the difficulty of accomplishing it, the cost implementation, and the economic operation of the facility,” but if the plaintiff does this it is the defendant who must persuade the Court that the proposed remediation is not readily achievable. Relying on a mistake by the plaintiff at this stage is extremely dangerous because a failure to put on the best available evidence is likely to lead to a loss.

This all assumes, of course, that Hermanson is the final word on who must prove what in readily achievable cases. While the 11th and 10th Circuits have spoken on this issue, the Ninth Circuit, which sees more ADA cases than any other, has not.‡ Neither have other circuits, so in theory the question remains open. As a practical matter though the burden shifting framework adopted in Hermanson puts such a high burden on the plaintiff that when it comes to proving a case at trial or summary judgment both sides must be prepared with appropriate expert testimony for all but the simplest problems to solve. Defendants facing an unreasonable plaintiff should concentrate on the cost and difficulty of the required barrier removal because at the end of the day the facts, rather than the law, will determine the outcome.

*For some kinds of remediation – restriping access aisles or minor concrete work — courts are willing to find the work is readily achievable with very little evidence because it seems obvious.

† See our blog, “Surrender as a strategy in ADA litigation” and the many Quick Hits blogs that discuss default cases.

‡ In Molski v. Foley Estates Vineyard and Winery, LLC, 531 F.3d 1043, 1048 (9th Cir. 2008) the Ninth Circuit rejected Hermanson as applied to historic buildings and placed the initial burden on the defendant instead of the plaintiff.  District courts in the Ninth Circuit almost universally agree that this did not amount to a rejection of Hermanson in ordinary ADA cases.